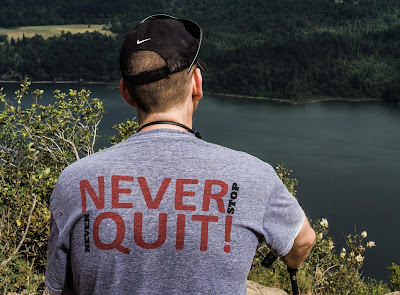 I never thought of my fight with multiple sclerosis as suffering. Instead, I preferred sexier terms like a struggle, challenge, or simply my fight. Suffering, in my mind, raised connotations of a one-sided contest where I am a never-ending victim of aggression. After 19 years I guess I have to say stereotype is true, for the most part.

My journey has been highlighted with countless hospitalizations, medications, and setbacks; because of my MS, I medically retired from two careers; the physical, mental, and emotional strain continues to take its toll on my family, my friends, and myself. There is no set path for tomorrow — my MS progression often fails to follow any best-laid plan or expected roadmap. Complete lack of control over so many factors, factors which are both painful and debilitating, is pretty much the textbook definition of suffering.

My life has changed, is changing, and will continue to do so because of my MS. That’s a good thing. Because of my MS, I have taken on challenges far outside the realm of considerations I once held close.

Last month, because of my MS, I introduced readers to, what I call, images of “the chaotic, the horrific, and the burdensome.” Stories from The Ramblings of a Condemned Man are some of the emotions and thoughts I can express only through writing. My MS has been the catalyst for publishing them through NEVER STOP NEVER QUIT — 100% of the profits received will go directly towards our fight. Personally, I find it therapeutic to introduce the world to Chris Baxter, Spencer Tucker, Zodi Dayak, Jimmy the Kid, Sarah Pak, Colleen Fellow, Samantha Eppling, and so many other named and unnamed characters. They are friends and adversaries I’ve selfishly held close to me for some time; it’s been a while.

By the end of this year, I will share an even greater undertaking. Dominic and Sharon Bandall, Angela Grant, and Lizzy Strauss are but a few of the characters in the saga Moments. Because of my MS, they were first created — it is because of my MS that I will share them with my readers.

Because of my MS, I will spend the time between these releases fundraising as part of Team Amulet. Before the day I was told, “You have MS,” I don’t believe I ever heard the term before. If I had, it made no impact on me whatsoever.

Because of my MS, I reached out to the National MS Society for their guidance and support in those dark early days. When I was finally strong enough, I joined my new family and road my first bike MS.

Because of my MS, my brother Tommy and I formed Team Amulet in 2003. Since that time, I have ridden with more than 70 Amulet-eers, in five states, raising over $550,000. I wonder what the next 15 years will bring…

Because of my MS, I have had the opportunity to meet so many new connections. In spite of my MS, those connections grew to become cherished friends, loved ones, and supporters in (and separate from) our collective fight. It is a fight we will someday win. If my efforts contribute to that celebrated victory, I will be happy to say, “We found a cure because of my MS!”

Until that day comes, I will bear and persist while I bask in the benefits of my suffering.
Please donate today: http://main.nationalmssociety.org/goto/embk