…in abeyance: a novella from The Ramblings of a Condemned Man 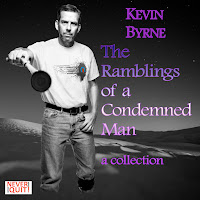 …in abeyance
A novella from The Ramblings of a Condemned Man

On Friday, March 28, 2014, a John Doe died in the emergency room of Saint Augustus’s hospital, Portland, OR. He is on record as the last man to die in Portland. Some rudimentary outreach seemed to show him as the last person to die anywhere.

Nothing else changes; no mystical stories or tales of fantasy. What would you do if humanity stopped dying? …in abeyance is thrilling a tale of the praise, fear, and the agony that comes when death does not make its wonted arrival.

Christopher Baxter is a man recognized for his accomplishments: West Point graduate, medical doctor, combat veteran. Chris is also a man who struggles with the familiarity of circumstances he has carried his entire life. After a career in the Army (“Nine regions and about thirteen years clandestine total. How does the saying go? ‘Win some, lose some’?”), Chris returned to his childhood home to serve this community as a doctor at Saint Augustus (“to continue my service where my father’s ended”).

As the world struggles to come to grips with dormancy, is this one man just another unwilling participant, the curse, or their salvation?

Colonel Scott Gipson is a senior operative with the Special Activities Division of the United States Central Intelligence Agency. Working in covert operations for most of his twenty-three-year career with the US Army, Colonel Gipson did not deploy to combat zones. Instead, he and his team went to places where war was brewing.

Will Scott’s unique insight into the turmoil Chris has faced be enough to save his reputation, his soul, and the mark he will leave on our world.

The Glorious Tale of Zodi Dayak and the Children of Mali
For Zodi Dayak, he is prepared to embrace a life well spent. With his village and children safe, there’s nothing more to do but die—in a world where death no longer exists.

Captain Benji Torim has only one concern for his Marines in Helmand Province, Afghanistan. “…if bullets ever do start flying again, we’re all going to die in this fucking sand.”

Colleen Fellow from the Portland Times was searching for a story so good it would write itself. The link she found damned Chris Baxter and Friday, March 28th forever…


As the world is held in abeyance, a most peculiar connection is made.

“…fantastic stories, where I’m limited only by my imagination, not by the confines of this stupid disease.”
NMSS Leadership Conference
Denver, CO
November 2016

Never Stop… Never Quit…®
For more information, please go to: neverstopneverquit.com
To donate to our efforts through Bike MS, please go to: main.nationalmssociety.org/goto/embk